If in similar positions with a tied king the bishop can protect its weak pawns on the other wing, a win will be possible only if somehow in some wondrous way a second passed pawn can be created. A brilliant, truly study-like example on the theme was contributed by the former world champion Mikhail Botvinnik in his game against Kotov, USSR Championship, 1955. 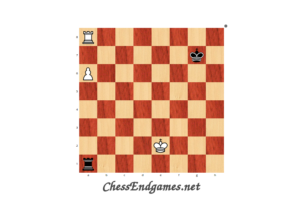 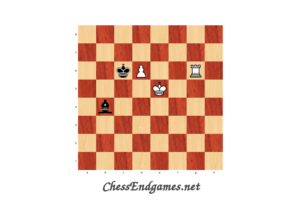