In accordance with the basic didactic principles we will first examine the simplest  endgames where in addition to pawns also minor pieces are present. We shall begin with elementary knight endgames. By these we consider one knight against one pawn as well as all theoretically important endings of knights against knight with pawns. As knights make their appearance positions tend to become more dynamic and complex whereas at the same time the role of the king somewhat loses its importance. The security of the king may occasionally be seriously jeopardized.

In order to understand the strategy and peculiarity of some solutions we need to first become familiar with the possibilities and tactical capabilities of the knights in such positions. Right from the start we should bear in mind that considering its much greater mobility, speed and striking power, the value of the knight on average is three times superior to a pawn’s. The knight’s activity directly depends on the pawn structure. Its greatest impact is in positions with limited space as well as in blockaded positions owing to its unique “parachuting” capability i.e. the ability to jump over the barriers.

The activity of the knight i.e. its actual strength, is drastically reduced the nearer the knight is to the rim of the chess-board. As a results knight in the corner is the least powerful. Situated near the centre of the board the knight controls eight squares, from the rim four, whereas from the corner only two squares. The knight’s position in the corner is so vulnerable that it can even fall prey to the enemy king following e.g. Kf3! Despite being faster than king or pawn, knight is nevertheless a relatively slow piece; from the first to the eighth rank it requires as many as four moves e.g. from h1: Nh1-Ng3-Nf5-Ne7-Nc8. 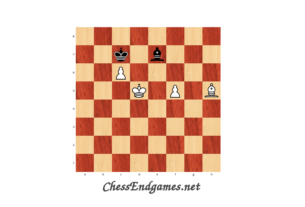 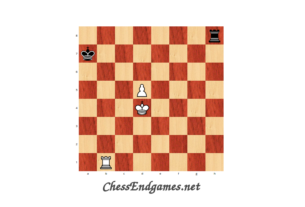 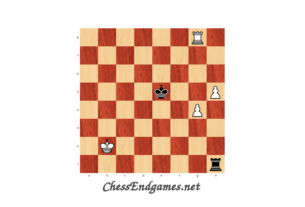