3.3.4. Knight and Two or Three Pawns versus More Pawns

Among the more complex knight endings of special theoretical interest are some typical positions where knight and two or three pawns take on more pawns. The greater the number of pawns, the easier is, as a rule, for the stronger side to win. However, there are some exceptional situations where the far-advanced passed pawn may save the game.

332. In knight and two pawns against two pawns endings the stronger side generally wins quite easily – even when the weaker side has an outside passed pawn. But the path to victory sometimes may be quite involved as was also borne out by the endgame stage of the game L. Portisch – Velimirovic, Interzonal, Rio de Janeiro, 1979. 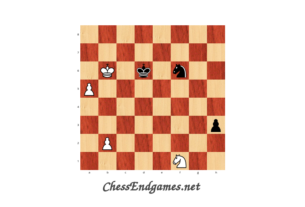 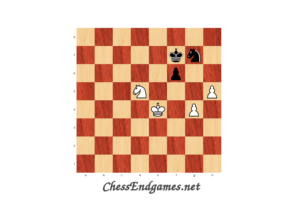 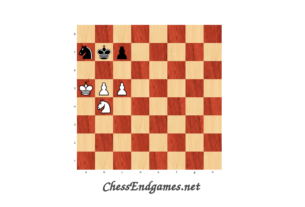