The most difficult in queen endgames is to realize minimal advantage. Queen and pawn can win against queen if the weaker side’s king is not in front of the pawn and if it is possible to prevent draw by repetition. The best chances to win are with the pawn on the seventh rank, and the more distant the pawn is from the edge, the simpler the win is. While endgames with rim pawn on the seventh rank typically end in draw by repetition, in all other cases the stronger side wins if the king is next to the pawn. The weaker side defends by continuous checks or pinning the pawn, while the stronger side tries to gain tempo and threaten to exchange queens and get into a pawn endgame. Typical strategy of both sides will be examined on the following example. 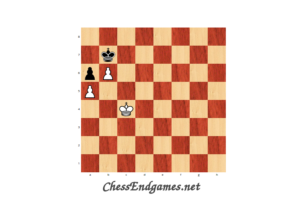 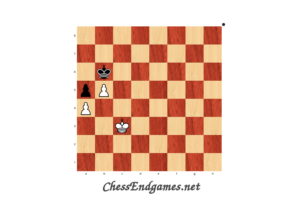 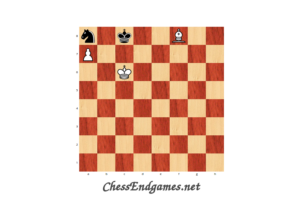