When in a similar position the knight is on the “wrong” side i.e. in the corner of the board, Black cannot be saved. This has been proven by I. Moravec in the study published in 1913. It he was to move, White would immediately win with 1.Kf6 because Black would have to give away his knight or accept a deadly opposition. Also, Black to move cannot avoid losing the game. 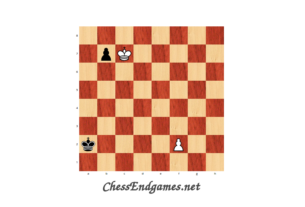 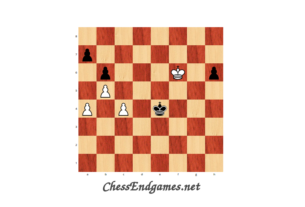 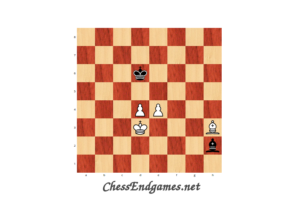